We are proud to announce the acquisition of the Ricotto Group. 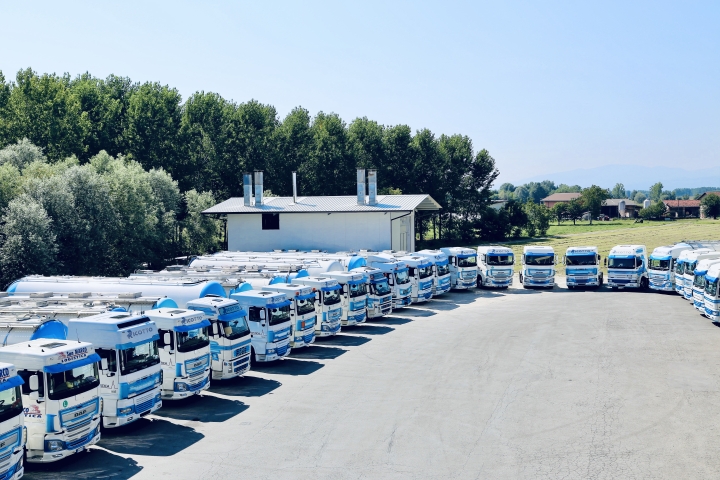 Founded in 1965 by the Ricotto family, Ricotto Group nowadays employs more than 80 people and serves the most demanding multinational Food producers in Italy. Its operations are tailored to accommodate last-minute orders with high precision. The group provides value-added services among which are technical maintenance and the operation of a high-quality cleaning station. Ricotto Group has been a sustainable, strategic, and proactive partner for its recurrent customers for many years, among other things through the thorough implementation of telemetry, track & trace, and EDI connectivity as elements of digitalization, integration, automation, and premium services.

The operation will further expand SITRA’s existing presence in Italy, while the Ricotto family will stay at the helm of the business to manage its operations along with the new shareholders.

David Saelens, CEO of SITRA: “We are very pleased to welcome Ricotto and all of its employees to the SITRA Group. From the initial contact, it was clear that we share the same vision of our business and the same entrepreneurial spirit. By respecting the values of Ricotto and joining forces with SITRA we aim to become even stronger together. Let’s see this as a first step in implementing the SITRA strategy in becoming a market leader and consolidator in the food logistics market.

Luca Mezzetti, country manager of SITRA Italy: “Ricotto and Sitra have known each other for years, both being very professional players in the food logistics sector. The combination of both will ensure that our customers keep enjoying the highest quality standards”.

Luciano, Mauro and Rosalba Ricotto, owners and founders of Ricotto said “We are happy and proud of this transaction. We have identified and joined the ideal partner for the future of Ricotto, for ourselves and our staff. High-level services together with a solid and reputed customer base: SITRA shares the same ambitions and values as the Ricotto family. Combined with the support of a financial sponsor SITRA is ready to grow and become stronger on an international level, and Ricotto will benefit from a such combination of talents. I’d like to thank all the advisors who have helped us with this journey and especially Oaklins Italy who brought us to deal with SITRA”.

Kenneth Depuydt, Investment Director of Creafund adds “We are very pleased that within one year after Creafund’s entry in the share capital of SITRA we are able to close this beautiful transaction and we are proud to have succeeded in executing a part of the developed growth plan. We hence warmly welcome Ricotto as part of our Group”.